17. Pilgrimage to Paradise: Trusting in the Promises 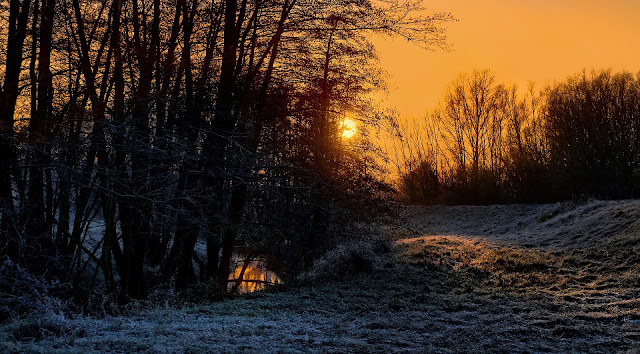 "How lovely is your dwelling place, Lord Almighty! My soul yearns, even faints, for the courts of the Lord; my heart and my flesh cry out for the living God." So writes the psalmist in Psalm 84.
Being a pilgrim, a stranger in a land growing more foreign to the follower of Jesus every day, is not easy. The desire to reach the end of the journey, to be at last in the court of the Lord and in His presence, is acute.
But the journey isn't over. The pilgrimage has not reached its end and strength must be found to endure the strangeness, the darkness, the evil of the valley that must be passed through on the way to Paradise.
We understand the darkness of the death valley to which we hope to bring just a little bit of life as we pass by. But it is hard to live in that darkness. Those who read Peter's letter also understood the challenges. He writes to encourage them to resist the pull from the dead, even though it might have been difficult.
"Therefore, since Christ s…
Post a Comment
Read more

16. Pilgrimage to Paradise: Nuts are Not Good 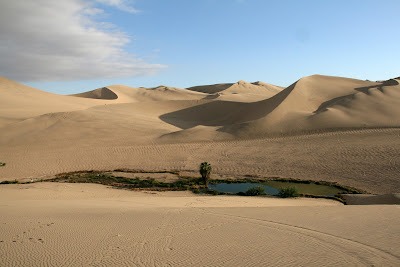 In 1902, E. T. Cassel penned this song:
1. I am a stranger here, within a foreign land; My home is far away, upon a golden strand; Ambassador to be of realms beyond the sea, I’m here on business for my King.
Refrain: This is the message that I bring, A message angels fain would sing: “Oh, be ye reconciled,” Thus saith my Lord and King, “Oh, be ye reconciled to God.”
2. This is the King’s command: that all men, everywhere, Repent and turn away from sin’s seductive snare; That all who will obey, with Him shall reign for aye, And that’s my business for my King.
3. My home is brighter far than Sharon’s rosy plain, Eternal life and joy throughout its vast domain; My Sov’reign bids me tell how mortals there may dwell, And that’s my business for my King.
Obviously this was written long after the pilgrims of Peter's day had received his letter encouraging them to remain strong and faithful despite the difficulties of their lives in the face of privation and persecution. But the message was the same—they w…
Post a Comment
Read more

15. Pilgrimage to Paradise: A New Year 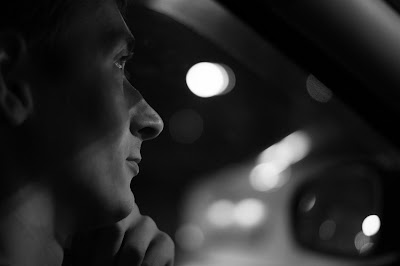 On the cusp of a new decade and a new year who isn't thinking about loving life and seeing good days. I wonder if the pilgrims that Peter was writing to thought much about the possibility, however remote, that life would get better for them, that soon being a follower of Jesus wouldn't be so dangerous, that they would be able to settle down and enjoy peace and prosperity once more without wondering when they might have to pack up and run again.
Sometimes I spend more time thinking about what might be coming than what IS at this moment. Dwelling too much on the uncertainties of the future can be paralyzing and counter-productive. Truth be told, I only have this moment—one that hopefully will stretch into a new year of other moments to be lived, but only God knows what tomorrow might bring.
Peter has told his readers not to get caught up in the problems of today and lose sight of the promise of tomorrow. But at the same time, he knows that these believers on pilgrimage also ha…
Post a Comment
Read more

14. Pilgrimage to Paradise: Losing the Message in the Muddle 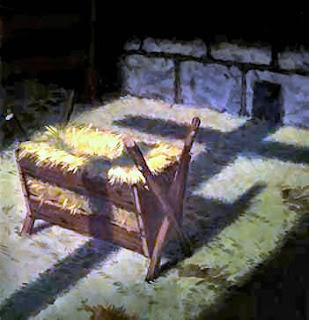 I recently searched local church websites looking for Christmas Eve services. Feeling a little like I was playing the role of the Grinch, I wanted to find services that didn't involve some kind of performance with children, or for them. An odd thing to do when all the world knows that Christmas is for kids, right?
Please don't misunderstand. I was the little girl in the red velvet dress who recited her parts in every Christmas pageant. I loved it—and I still enjoy seeing the kids participate in their Christmas programs. But, if memory serves, our Kids' Christmas programs were never on Christmas Eve. That moment was dedicated to THE Kid—the Holy Child. That was my goal in my website search—find a traditional Christmas Eve service whose focus is strictly on one Child rather than on the cuteness of other children.
Because Christmas is about one Child.
"The Word became flesh and made his dwelling among us. We have seen his glory, the glory of the one and only Son, who ca…
Post a Comment
Read more

13. Pilgrimage to Paradise: Jesus in the Workplace 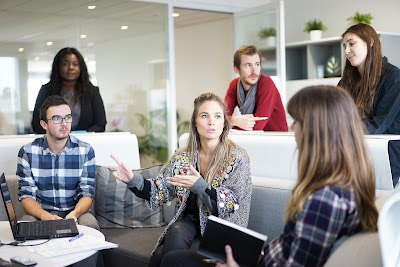 They are referred to, and not always very kindly, as "ambulance-chasers"—you know, the lawyers who offer to get you a big payout when you  feel you have been mistreated, or misrepresented, in some way.
"Sue" is a three-letter word that lights up the eyes of lawyers, raises the hopes of victims, real or imaginary, and is a thorn in the flesh to those on its receiving end.
Peter weighs in on victimology, specifically in the case of those who work for others, in 1 Peter 2:18-23. In his day that meant "slaves"—those who were obligated to work without compensation and often under harsh conditions. Many modern-day employees, rightly or wrongly, think of themselves in the same terms as the real slaves of Peter's day would have thought of themselves.—underpaid, overworked, abused, unappreciated, overlooked.
For the believers to whom Peter is addressing his letter there might have been another item added to that list—persecuted for their faith.
And there wer…
Post a Comment
Read more

12. Pilgrimage to Paradise: The "S" Word 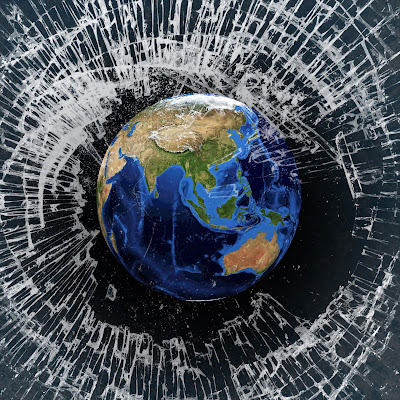 Submission is one of those thorny aspects in Scripture that prompt, "But you don't know what I'm dealing with!" In 1 Peter 2:13-17 Peter addresses the issue of submission to authorities. He is writing to those who have been, and are being, persecuted for their faith and who may have wondered why Peter was asking them to respect and honour those who nursed hate in their hearts for all those who followed Jesus and who demanded that they recant or suffer the consequences.
"Submit yourselves for the Lord's sake to every human authority: whether it be to the emperor, as the supreme authority, or to governors, who are sent by him to punish those who do wrong and to commend those who do right. For it is God's will  you should silence the ignorant talk of foolish people. Live as free people, but do not use your freedom as a cover-up for evil; live as God's slaves. Show proper respect to everyone, love the family of believers, fear God, honour the emperor.&…
Post a Comment
Read more

11. Pilgrimage to Paradise: Eyes on the Prize 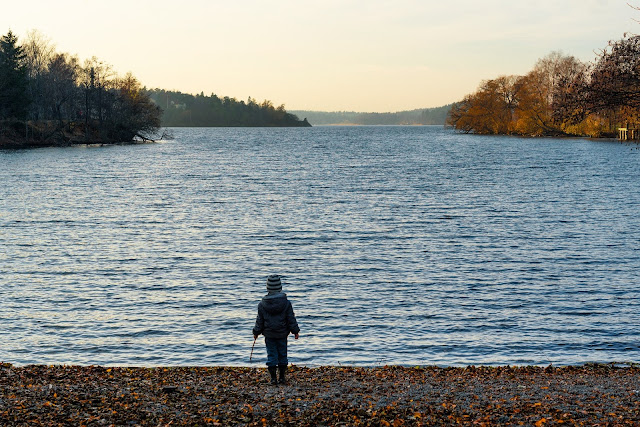 Since the beginning of this year I have been reading through the Bible with a group of friends from my church. This morning I read through a few chapters from John, including the passage containing Jesus' prayer for His disciples in John 17. Part of that prayer is this: "I have given them your word and the world has hated them, for they are not of the world any more than I am of the world". This last bit is repeated a couple of verses later.
When I came to today's verses from Peter's letter to the pilgrims scattered throughout the Roman world, I read: "Dear friends, I urge you, as foreigners and exiles, to abstain from sinful desires, which wage war against your soul. Live such good lives among the pagans that, though they accuse you of doing wrong, they may see your good deeds and glorify God on the day that he visits us". (1 Peter 2:11, 12)
As I read John's words I wondered if, at the time, they had registered on the disciples. Did they understan…
Post a Comment
Read more
More posts

Lynda Schultz
Guelph, Ontario, Canada
Missionary, speaker, educator, writer, editor, and cat lover, I was born and raised in Timmins, the heart of gold mining country, in northeastern Ontario, Canada. In 2010 I completed fifteen years of ministry in Caracas, Venezuela and have served with the same mission for most of the last thirty years, including in Colombia and on Home Staff as Communications Coordinator. I have also served as Director of Christian Education in three Ontario churches. I am the author of Divine Design for Daily Living, a 365 day devotional journey through the entire Bible, published both in Spanish and English editions. Ordinary People With An Extraordinary God, was published in 2013 to celebrate the 50th Anniversary of Fellowship International, the mission I served with for all of my career. Once Upon A Christmas and Living in the Shadow of the Cross have followed more recently. But no one's identity is found in what they do, or have done, in life. If I can say I have any "claim to fame" it is as a believer in Jesus Christ, and as a follower of the Way of the Cross.